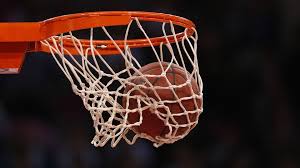 Roger was a member of Shelter Baptist Church, he never met a stranger and was a friend to anyone he met.  Roger was a member of the NC State Championship team of Ashe Central High School.  He retired from Skyline Telephone after many years of service.  He enjoyed working outside and took pride in his yard.  He also enjoyed spending time at Hardees with his friends.

Mr. Howell is survived by his granddaughter, Anna Wyatt of Lansing, brothers, Dale Howell, Ronnie Howell and Mike Howell all of Jefferson, sisters, Geneva Phillips and Freda Hardy both of Jefferson and Hilda Brookshire of Wilkesboro.  Several nieces and nephews also survive.

Flowers will be appreciated or memorials may be made to Shelter Baptist Church or Scott-Blevins Cemetery.

To send flowers to the family or plant a tree in memory of Roger Gale Howell, please visit our floral store.